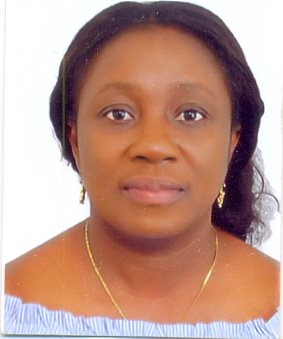 Ms. Duku possesses excellent communication skills with the ability to interface at all levels. She demonstrates an absolute commitment to delivering the highest standards of customer service.

He is a 65 year old Retired Army Officer having served with the Colours in the Ghana Army to the Rank of a Captain.

A Graduate of the Royal Military Academy, Sandhurst in the United Kingdom, Capt. (Rtd.) Odiatuo-Kankam Bempong was commissioned into the Ghana Army In 1975. He served in various units of the Ghana Armed Forces and holding various appointments commensurate with his rank. He undertook United Nations Peace Keeping Operations in Sinai, Egypt under U.N.E.F. and U.N.I.F.I.L. in Lebanon. He left the Service in 1983.

In civilian life, Capt. (Rtd.) Odiatuo-Kankam Bempong worked with Busi and Stephenson GH. Ltd. - a British Trading Firm as the Regional Manager for Greater Accra, KLM Royal Dutch Airlines as Head of Security and The Royal Netherlands Embassy in Accra as a Field Worker.

He is presently a Co-Shareholder/Director Of Debill Services Ltd. - a Private Security organisation with specialty in Aviation Security as well as Electronic and Man-Guard Security. In addition, he is the Sole Proprietor of Eagle Eye Consultancy which undertakes investigations/verifications of documents for and on behalf of certain Foreign Missions in Accra.

Capt. (Rtd.) Odiatuo-Kankam Bempong is married with six children. He is a Christian and fellowships with Endtime Revival Mission, Tema, a non-denominational fellowship that believes in the Spoken Word Ministry. He delights in religious music and literature, games (especially football) and travelling.

As the Chief Executive Officer of PayFlex Microfinance, Ms. Ofori-Atta provided guidance and leadership by assisting the board with the planning, implementation, monitoring and evaluation of the company’s strategies.

For over 8 years, Eno has worked Women’s World Banking, Ghana (The Ghanaian operations of a global savings and loans company) having served as its Head of Administration and Human Resources and Branch Operations Manager, Head of Risk, Head of Credit Operations  before assuming the role of Chief Risk officer.

During this period, she ensured compliance with internal policies and external regulatory requirements and built a sales force to meet challenges in a competitive micro finance market this led to an improvement of client retention. Ms. Ofori-Atta developed and established the performance evaluation forms and system including the bank’s performance management system which enhanced best HR practices and management policies.

Eno established the risk department, developed risk framework and best practice and facilitated enterprise-wide risk assessments and monitored priority risks across the organization. She conducted risk management training as well as reviewed and assessed the risks associated with new products and activities of the bank prior to their implementation.

She is the Membership Director of Rotary Club of Osu Oxford Street, former Board Member of HIPS Charity School, Weija.

She has pursued course in Securities and Exchange at the Ghana Stock Exchange and a Certificate in Marketing from the Institute of Management Studies.

Ms. Ofori-Atta is a product of Kwame Nkrumah University of Science and Technology where she studied for a Masters of Business Administration, and BA Social Sciences, Law & Sociology.